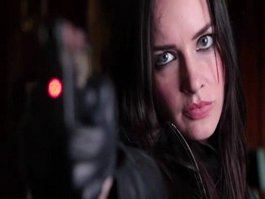 This was written, shot and edited for the Dallas 48hr film contest 2011. The film had to include the following elements: Character: Dennis or Debbie Karlsen, Waiter or Waitress. Prop: a ball. Line of Dialogue: "When do you need it?". The genre selected was Thriller/Suspense.

Here is the 48 Hour film version

Delivered from Alan Tregoning on Vimeo.